Looking at life through the lens

How Real is Real? 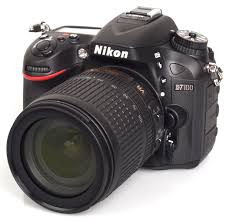 Lately, I have seen – and sometimes been a part of – discussions as to how photos should be treated. Should they be simply taken and left that way? Should there be some general post processing? How much manipulation should be done in programs like Photoshop? In fact, the process has become known as “photoshopping.”

When I first started taking photos, there were basically two types of photographers; those with high priced cameras and those with snapshot cameras. Those with the high end rangefinder or single (or even double) lens reflex cameras would often be professionals who would process their own film in a darkroom, or have a professional technician who did it for them. Likewise, the advanced amateur might also have his/her own darkroom.

Those with snapshot cameras, such as the Ansco Cadet Reflex that was my first camera, simply exposed the film and sent it off to have it developed and prints made. These cameras were mostly used for family pictures and pictures of summer vacations. They were taken and then came back with no “tweaking” done during the process. (Later on, the automated machines actually did do some tweaking based on the average exposure and color balance of thousands of negatives being processed along with yours.) The first thing you looked at when you excitedly received your envelope of prints, were how many actually came out well. There were the backlit ones where the people were mostly silhouettes – and you would swear that you “meant to do that,” along with the grossly over-exposed and under-exposed shots.

Today, almost everyone walks around with a camera. For most, it is the camera in their phones, however they have reached a level of sharpness that was unheard of just a few years ago. The current iPhone 5, has an 8 megapixel camera built in! You are now prepared to take a snapshot at any time an opportunity presents itself. To make things more interesting, apps like Instagram have appeared to allow you to post process your pictures right on your smart-phone.

And that brings us to our discussion. I have listened to friends who claim that photos should be taken as perfectly as possible in the camera and no post processing should be done. And I know many who like to use very distinctive filters to significantly alter the look of their photos. Recently, a well known photo competition disqualified the photo that was announced as the winner because it had been extensively photoshopped.

So what do you think? I’ll give you my opinion – you knew I would, didn’t you?

Unless you are a professional photographer working under a defined set of parameters and have to satisfy a client, the only one you need to satisfy is yourself. You are the only valid judge of your work and your style. Photography is an artform and you are the artist.

Do you feel that only a shot as it comes from the camera represents your vision? If so, then that is what is right for you. (However, understand that the camera does not have the range that your eyes/brain has and what it captured is rarely what you actually see.)

Do you prefer the look of a heavily processed and filtered photo that represents the mood that the shot represents for you? Then by all means, filter and process your work that way.

For me, though I have worked professionally with Photoshop for two decades, and can – and have on occasion – added something, subtracted something, or changed something for placement in the magazines I was working on, my own personal style is to do in Photoshop what I would do in the days I processed my personal work in my own darkroom.

I will tweak exposure, contrast, color balance and/or crop my digital files in the same way I would do with negatives when working with film. Sometimes my goal is to reproduce what my eyes saw, that the camera is incapable of seeing, while other times, under other conditions, I hope to be able to get it to look better than it did in the real world – yet still natural. In the end, however, I am (usually) looking for a realistic look, and while I use filters on my camera (mostly a polarizing filter) and color filters in Photoshop, my goal is not to create a photo that looks artificial. Generally if I could do it in the darkroom, I do it in Photoshop.

That’s not to say I never do anything different – because I have. Maybe I will add a bird into the sky, or remove an object that is distracting yet still within my cropped area. My goal is to produce the best looking finished photo I can.

So what do you think? What is your style? What will you or won’t you do? Inquiring minds – mostly mine! – want to know.

What you may have missed

All images shown here are © Mark L. Fendrick and may not be used without permission.